While it may seem like a small deal, a clogged drain is a household emergency requiring prompt attention. Why? Because if left unchecked, continued use can lead to a flood.

Luckily, there are multiple ways of dealing with clogs before they become a problem, ranging from chemicals you can buy at the store to homemade remedies. 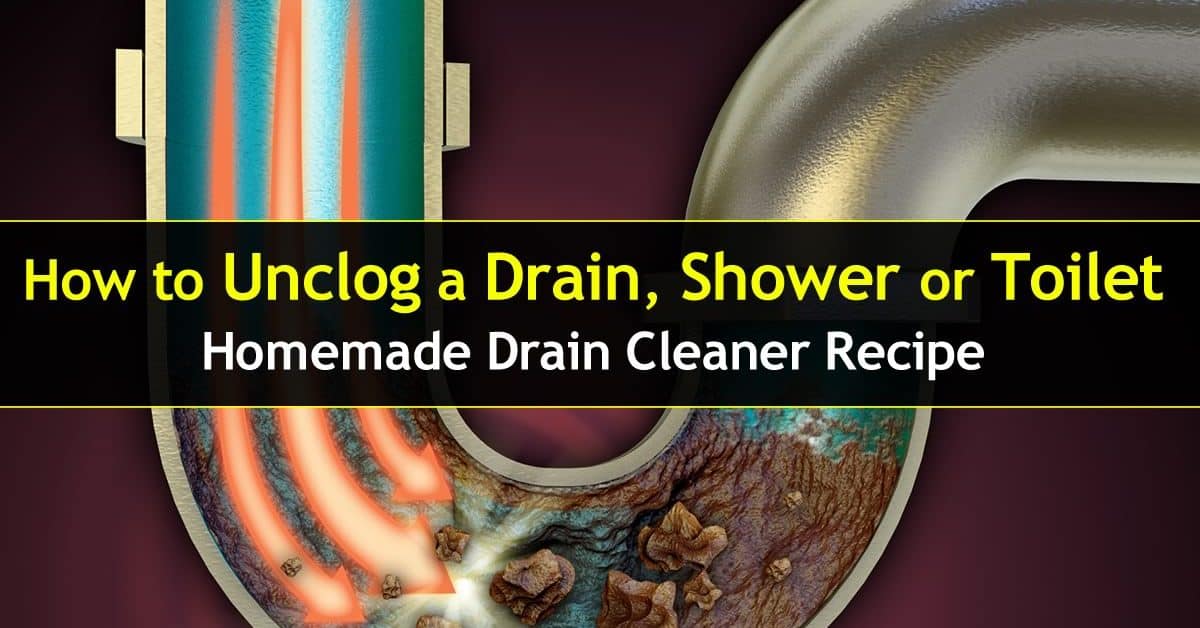 Regardless of the method you choose, here’s how to unclog a drain, toilet, shower drain or a sink.

Additionally we will explain in detail how to make your own homemade natural drain cleaner with a simple recipe using ingredients you already have at home.

There are two basic routes when you’re looking for how to unclog a drain: by using chemicals, or by using a homemade drain cleaner.

These chemical drain openers react with water to release gasses which may be hazardous to human health. Inhaling such gasses may leave you at the risk of skin burn, visual loss, and respiratory problems. Some people have reported burning sensations after using chemical drain cleaners.

Make sure you read and follow all instructions before using a chemical drain cleaner.

Before you commit to chemicals, however, check out these easier (and safer) ways to remove clogs.

Different Ways Of Unclogging A Drain

Ways To Unclog A Drain

There are different types of clogs — some are worse than others — so what you’re going to want to do is figure out a way that works for you. Generally speaking, you’re looking at four different ways of unclogging a drain: you can boil water, you can use a plunger, you can snake it, or you can make your own drain cleaner. Let’s take a look at each of these.

How To Unclog A Drain Or Sink With Boiling Water

The first option for clearing a drain is by using boiling water to open it. As long as the drain is relatively minor, this method should work. First, when your drain is slow, make sure that there isn’t any water in the pipe. Next, boil a pot of water and (carefully) pour directly into the drain to flush it. It should only take one, maybe two flushes to remove the blockage. Any more than that and the clog might require a different method.

Unclog A Drain With A Plunger

Next up we have a plunger. This useful tool has been clearing clogged drains for years. Nowadays you can buy small cup plungers, which are easy to use and relatively inexpensive. To use it, place the plunger over the clogged drain and plunge as hard as you can.

One thing to note.

Unlike with the technique with the boiling water, this time you DO want there to be water in the drain. The plunger is designed to pressurize the water and force it through the pipe, thereby clearing the clog. If there’s no water, then you’re just pushing air, and the clog will persist.

How To Unclog A Drain With A Drain Snake 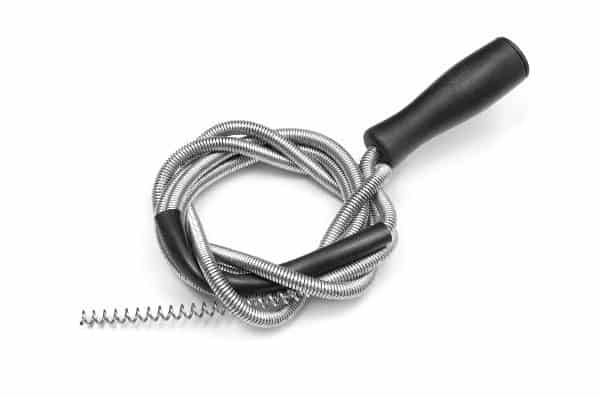 When boiling water and plungers don’t work, try using a drain auger (also called a drain snake). You’ll find drain snakes in most hardware stores. Some drain snakes are manual and some are electric.

One advantage of using a drain snake is you get to reach blockages deep within the pipes.

How To Snake A Drain

Once located, turn the drain snake around until you feel the blockage free. You’ll be able to tell whether or not the drain is clear by running water for several minutes.

If part of the blockage is still in place, the water will continue to drain slowly.

Unclog A Drain With A Homemade Natural Drain Cleaner

Store-bought cleaners contain dangerous chemicals and if you’d prefer to avoid using a chemical-based based drain opener, consider making your own homemade, natural drain cleaner from baking soda and vinegar.

Start by pouring boiling water down your drain (that might be enough to clear it, but if not, keep reading).

Pour the baking soda into the drain and let it sit for a few minutes, then pour the vinegar in with a cup of hot (not boiling) water.

You’ll want to plug the drain at this point because there’s going to be a chemical reaction that you don’t want overflowing. Let the mixture sit for 15-20 minutes and then flush the drain with another pot of hot to finish the job.

Ta-da! Your drain is clear.

Quick And Easy Ways To Unclog A Toilet

Are you battling with a clogged toilet? Here’s how you can unclog your toilet with ease.

How To Unclog Shower Drain Or A Bathtub

If you’re looking for a safe and easy way to unclog your shower or tub drain without causing damage to the pipes, try some of these tips: 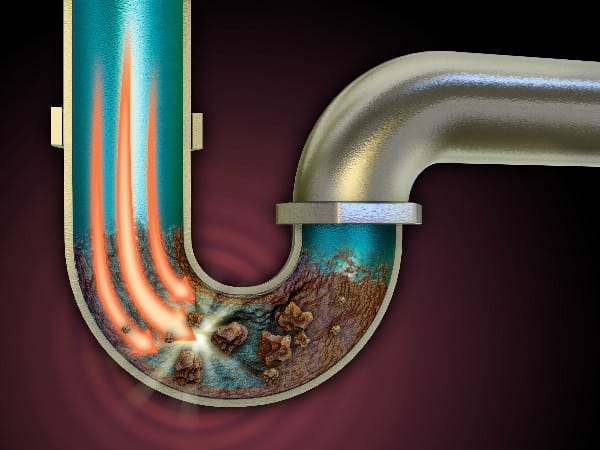 All these methods are useful in unclogging drains, sinks, shower drains, and toilet drains. Rather than trying to figure out how to unclog a shower drain after the fact, however, it may save you time and effort to take steps to prevent drains from getting clogged in the first place. How?

How To Keep Your Drain Clog-Free

If you have pipes, sooner or later you’re going to have a clog. Luckily, having a clog doesn’t necessarily mean you have an emergency. Keep these tips in mind, and you’ll be able to handle whatever comes your way, be it a small clog or a major one.

3 thoughts on “How to Unclog a Drain, Shower or Toilet”