I spent my teens in a 1920s Spanish-style house in southern California; one with quirky architectural details and legacy fixtures. The day we moved in, I remember walking through the house with my family and peering into the en suite bathrooms; each had a bidet paired with a toilet. In the years that followed, not one bidet handle was ever turned (although we associated them with Parisian sophistication, none of us knew how to use one).

In the US, the bidet has been historically perceived as vaguely louche. In Europe, Japan, and countries across the Middle East and South America, it’s a straightforward and hygienic bathroom necessity. In Spain and Portugal, installing bidets has been mandatory in new construction since 1975. The rest of the world is on to something: pressurized water from a bidet is said to clean more effectively than toilet paper, it’s safer on sensitive skin, and ultimately conserves water.

In a study by Meta Efficient, publicized in a 2009 Scientific American article, it was reported that Americans use 36.5 billion rolls of toilet paper each year. The manufacturing process involves some 473 billion gallons of water and 253 tons of chlorine. Tree Hugger reported that a single roll of toilet paper requires 37 gallons of water to produce. This means that bringing back the bidet could reduce our consumption of toilet paper—an industry reliant on deforestation and excess chemical use—and lessen the pressure on sewer and waste treatment facilities. It’s something our family didn’t consider when we lived in a house full of lonely bidets.

It turns out, most of our favorite designers and manufacturers of bathroom fixtures make a bidet or two—and they look great. Here’s our edited selection of wall-mounted bidets (and for an alternative, see our post Trend Alert: 8 Techno Toilets). 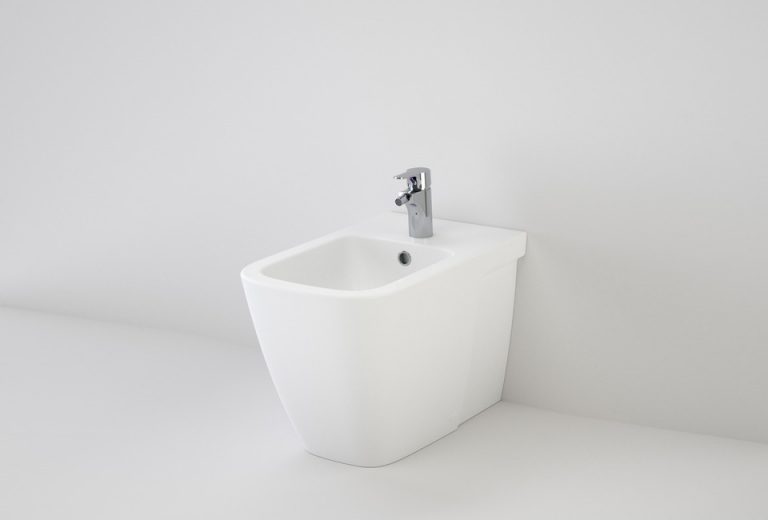 Above: From Australian company Caroma, the Cube Wall Faced Bidette is $1,529 AUD ($1,140 USD) and pairs with the Cube Toilet at Caroma. 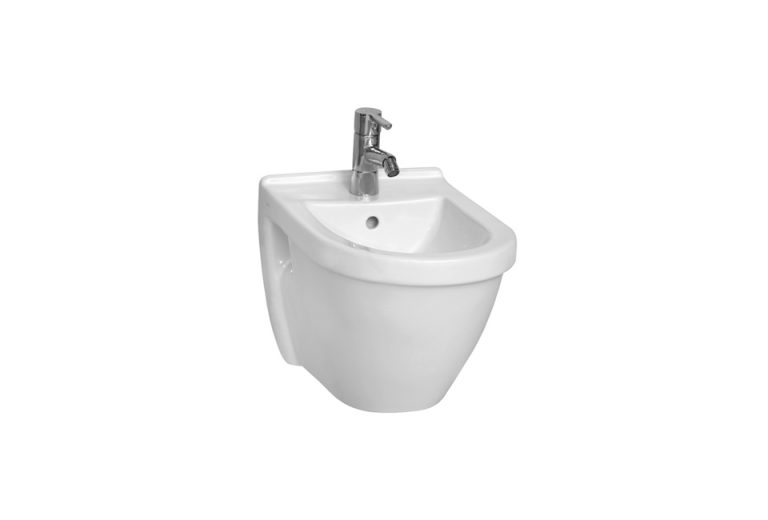 Above: The Vitra Modern Bidet is part of the Vitra Normus Collection (where you can find a toilet to pair with the bidet); $240 at Nameek’s. 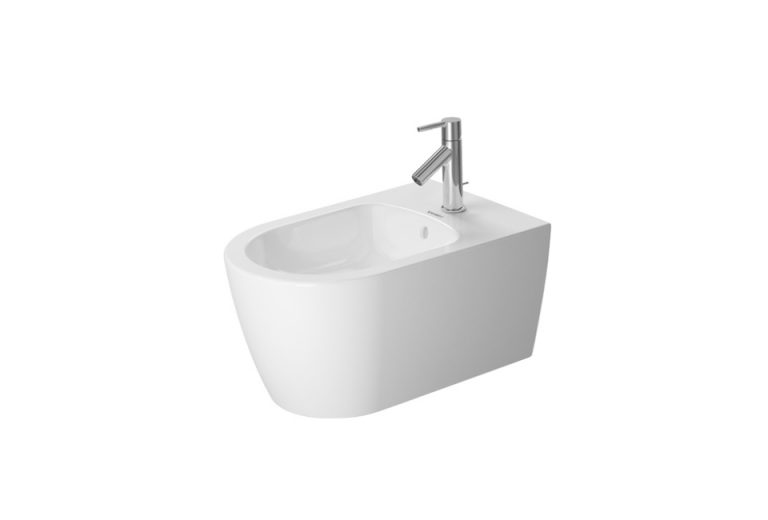 Above: The ME by Starck Wall-Mounted Bidet is from designer Philippe Starck and is available for $281.29 at Quality Bath. 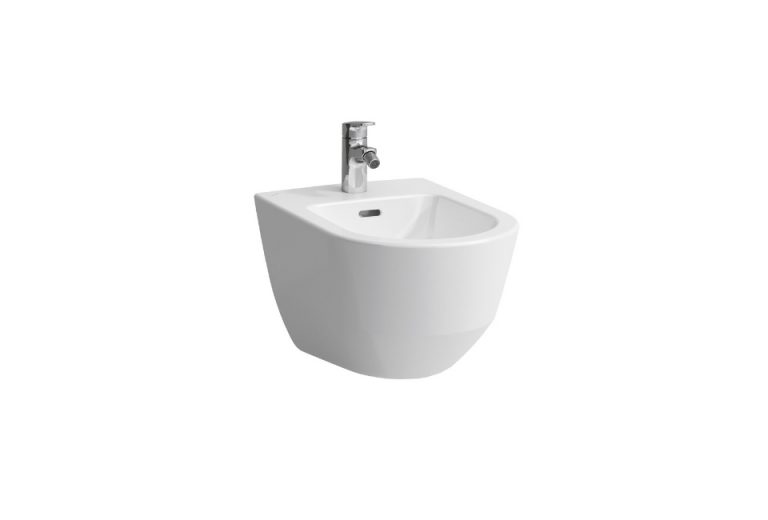 Above: Swiss Company Laufen’s Pro Wall-Hung Bidet is available through Laufen showrooms in the US. 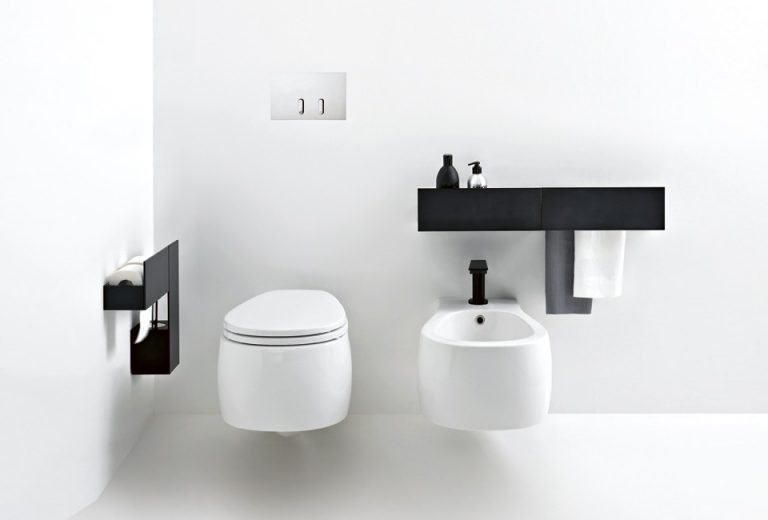 Above: Designer Patricia Urquiola created the Pear 2 Bidet that pairs with a wall-mounted toilet and is available through Agape. She also designed the original Pear Bidet and Toilet also from Agape. 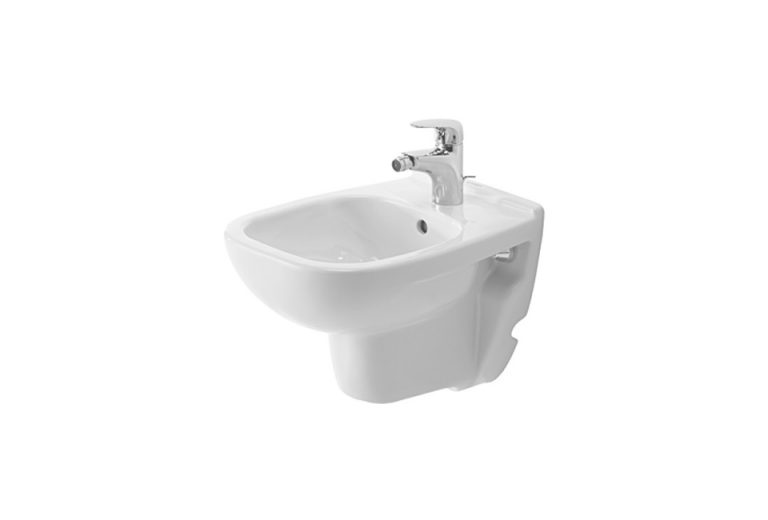 Above: Duravit’s D-Code Compact Wall-Mounted Bidet is $284.30 NZD ($202 USD) at the Water Closet in New Zealand. It’s also available through a number of different retailers by contacting Duravitdirectly. 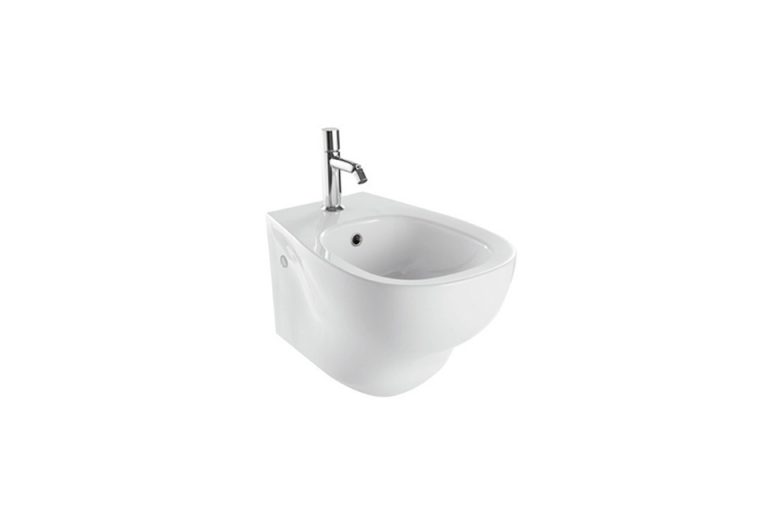 Above: The Affetto Wall-Hung Bidet from Italian company Ceramica Globo is $514.90 at YBath. 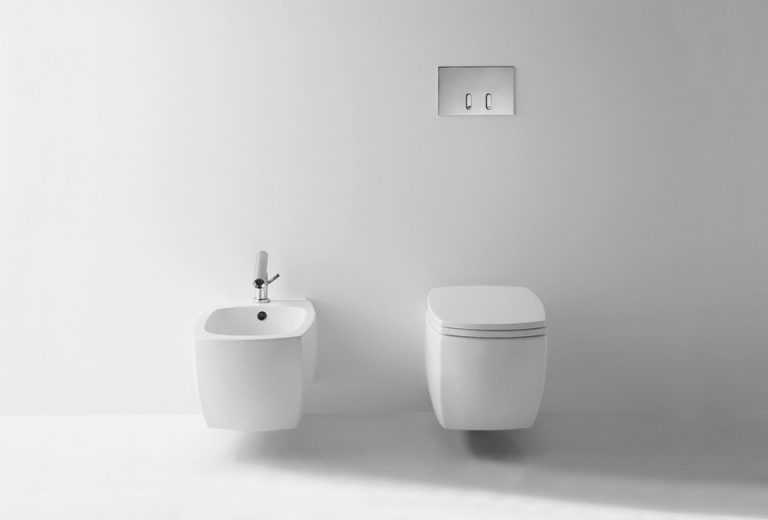 Above: Designed by Benedini Associati, the 750 Wall-Mounted Bidet is available through Agape by contacting them directly. 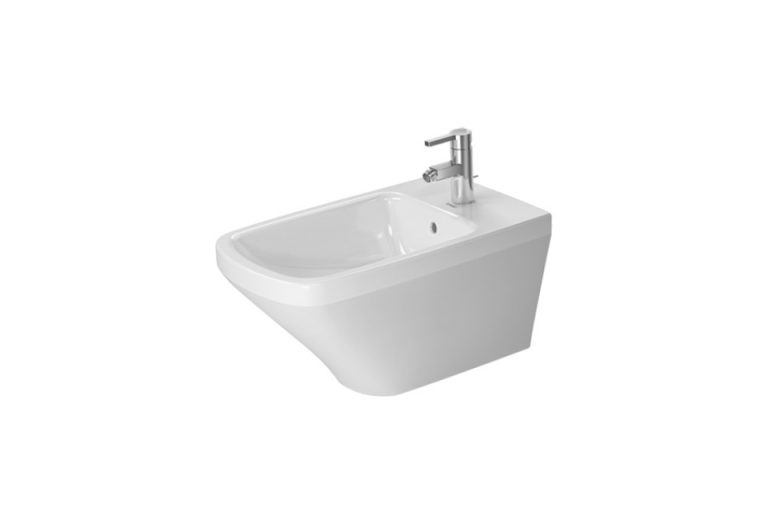 Above: The DuraStyle Wall-Mounted Bidet is designed by Matteo Thun and Antonio Rodriguez; $243.75 at YBath.

Above: The Wall-Hung Vitra Bidet is part of the Vitra S50 Collection (where you can find a toilet to pair with the bidet); $292 at Nameek’s. 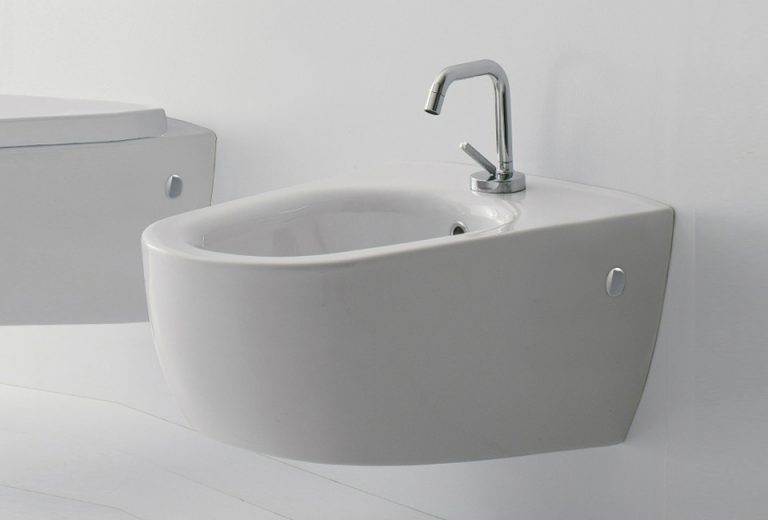 Above: From Italian brand Scarabeo, the Moai Wall-Hung Bidet is $935 at Nameek’s.