What a memorable night!

“In the season two premiere of “Billion Dollar Buyer,” Tilman Fertitta meets with Peter of Designer Drains, which is described as “jewelry for your shower.” They have more than 100 designs and are always coming up with new ideas. He hopes to take the business to the next level with their unique drains.

He found that there was a niche that needed to be explored and Fertitta agrees with the need for custom drains. They buy recycled materials for a lower price, however, they only did $200,000 in revenue last year. Meeting the team, Fertitta worries that not every employee is involved in sales and thinks they don’t take things seriously enough.

Fertitta challenges them to find new leads at the Interior Design Expo by meeting with as many people as possible and handing out their business card. Two of the employees struggle with selling and Fertitta worries about Peter’s involvement. The top two employees gave out 18-20 business cards, while the two who struggled only gave out seven cards and got a handful of emails. Fertitta tells them they need to hustle more in order to sell more drains. He also challenges Peter to design a linear drain.

Aiming to impress, they tell Fertitta that one employee is no longer working with them and they have grown more than 20 percent based on that and other changes. The linear drain costs more than $500, which surprises Fertitta given the relatively low price of their other designs. He sees it as an added expense but offers to buy 275 drains at $325 each, which totals nearly $90,000. Peter views the offer as low but after discussing with the team, decides to accept.” 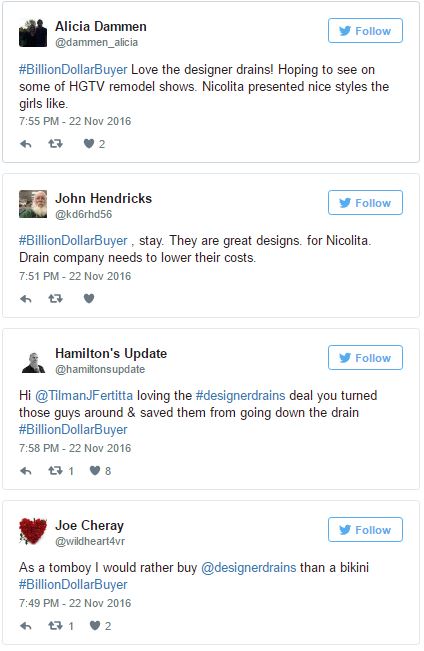 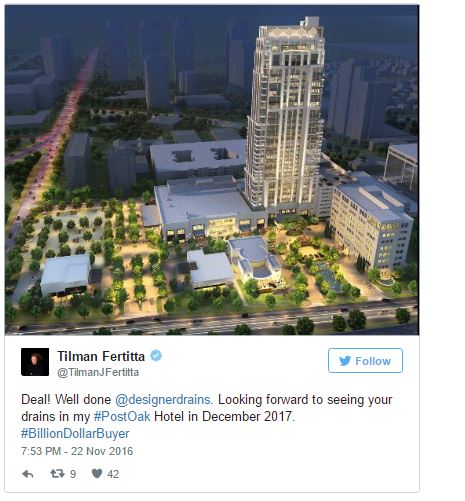