In this exclusive movie, designer Weng Shang Wei explains how he achieved the deep, uniform shade of black inside the Hangzhou fashion store that was named World Interior of the Year at Inside 2016 last month.

Black Cant System by Weng’s studio AN Design, which he co-founded together with Jiadie Yuan, is a concept store for a fashion brand called Heike.

The boutique is located on the second floor of a furniture showroom in the Chinese city. Customers climb a narrow staircase to enter, emerging into the space from a large, black, wedge-shaped volume.

The idea behind the unusual structure was to conceal the stairway while maintaining the open plan of the store, Weng says.

“Originally, the staircase divided the second-floor space,” he says in the movie, which Dezeen filmed at Inside 2016 interiors festival in Berlin. 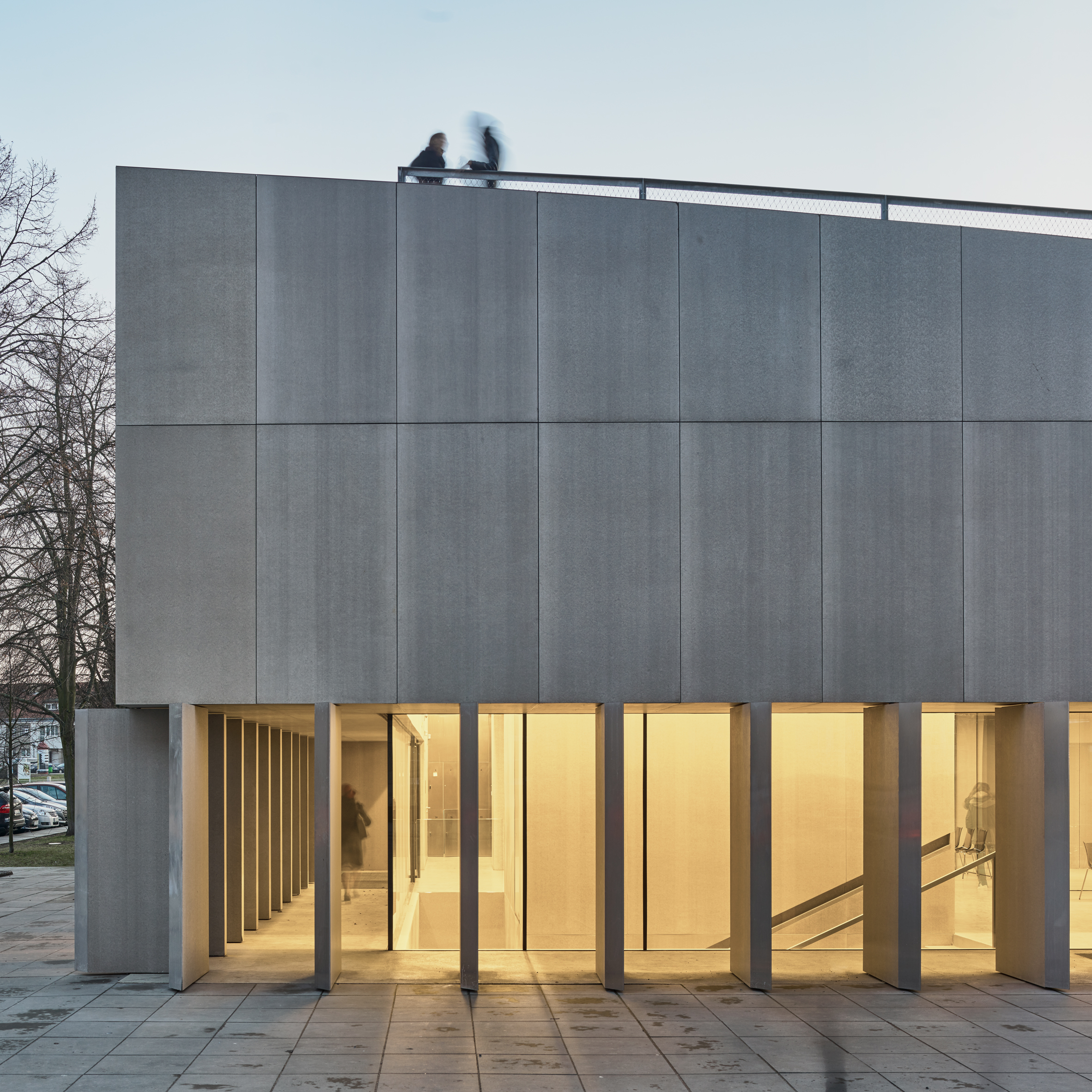 “I don’t like it when a space is divided like this – it’s incomplete, it’s not united. In the end we found a solution that is somehow separate but allows the space to remain as a whole.”

Other functions are built into the same black structure to make the most of the available space.

“The design has multiple purposes within it,” Weng says. “It contains a fitting room, a showroom for accessories, as well as integrating the handrails of the staircase.”

AN Design used concrete and steel throughout the store. The monochrome aesthetic was informed by Heike’s clothes, which are largely black.

“Heike as a brand wants to create fashion that transcends age, gender, and all of those barriers,” Weng says.

Powdered marble coats the entire exterior of the wedge-shaped structure.

“It is applied mostly on the surface of the wedge, as well as on the supporting columns,” Weng explains. “I like it because marble powder can be seamless, without divisions or lines.”

He adds: “The texture is also very warm, comforting and soft when you touch it. It achieves the completeness that I was looking for in this space.”

This movie was filmed by Dezeen in Berlin for Inside festival of interior design. Photography is by Yujie Liu, unless otherwise stated.

Dezeen is media partners for Inside 2016, which this year took place in Berlin in conjunction with World Architecture Festival 2016.